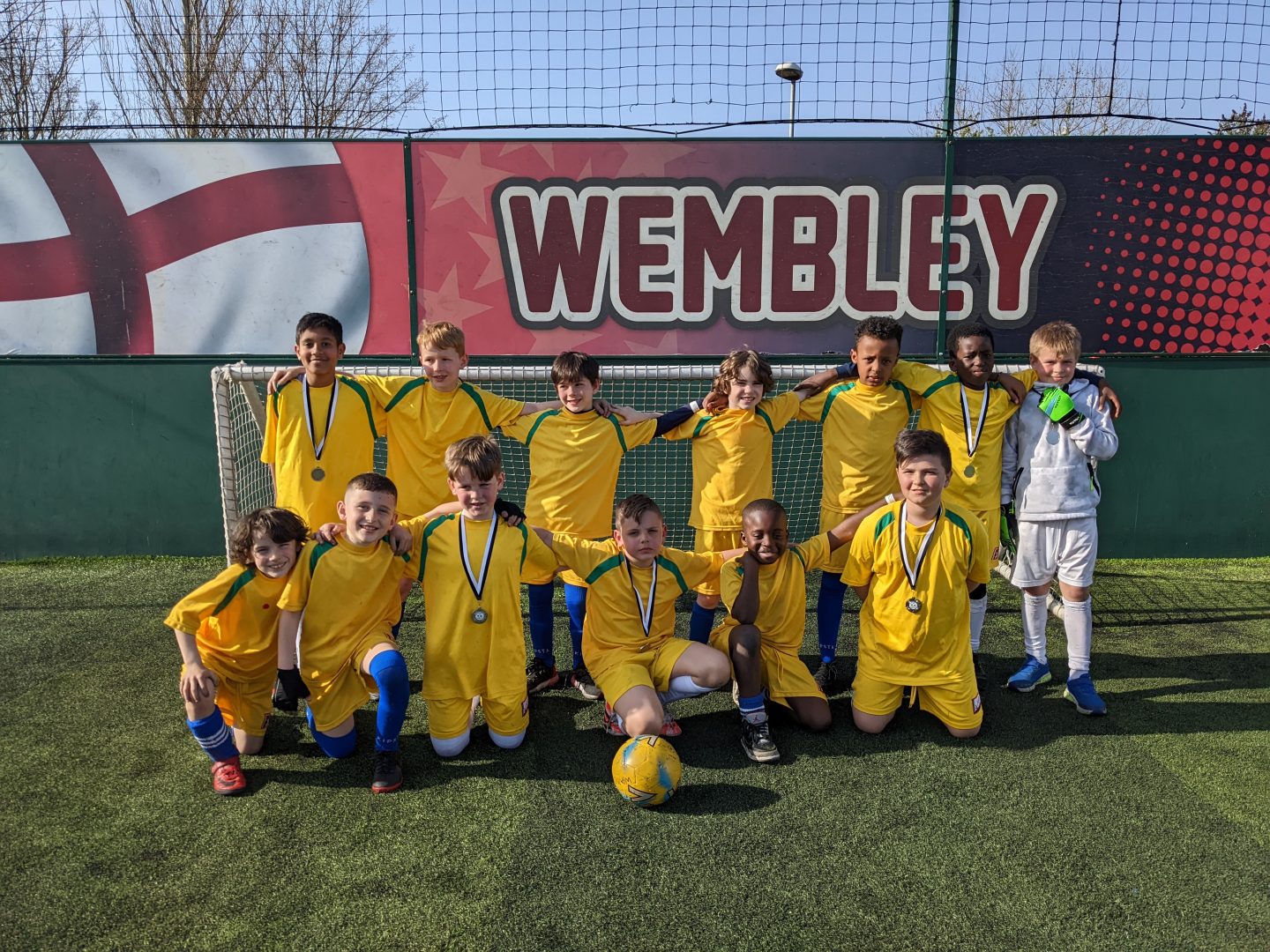 Posted at 16:51h in Homepage, PE, Year 3, Year 4 by Jonathan Jones
0 Likes
Two teams of year 3 & 4 boys competed in the Waltham Forest School Games football tournament today. Both groups of boys represented the school and themselves brilliantly. “Blue socks” were drawn in a very competitive group, that included the eventual third placed team, finishing the group stage with a record of 1 win and 3 losses. “White socks” overcame all the odds to win their group with a record of 3 wins and 1 draw, with only one goal conceded. The boys beat Thomas Gamuel 5-1 in the quarter final, before a nail-biting 2-1 victory over Parkside in the semi-final. In the final itself against Mission Grove, the score was 1-1 at the end of normal time. Sadly the boys succumbed to a last-minute extra time goal, leaving them to pick up silver medals; a fantastic achievement that the boys should be immensely proud of. As always, a huge thank you to Coach Kiyle for preparing the boys.